Olx.in stays with humour, says 'Sell the old before you buy something new’

Online classifieds site Olx.in has rolled out a new ad film. The TVC, conceptualised by Lowe Lintas and Partners, went on air on 20 January and will run till end-February.

The film features a couple walking by and noticing several pairs of chappals and some old furniture outside their neighbour’s door. As they wonder why, a young man (Pappu) walks out while speaking on the phone. Hearing him say ‘Ab koi kya karein...’ (What can one do...) in a sombre tone, the man thinks Pappu’s father has passed away. Walking up to him, they enquire when it happened. Hearing him say ‘This morning,’ the lady says that they are saddened by the news. He counters cheerfully that there’s no need to be sad, adding that ‘it had to go one day’. He laughs after saying “Out ho gaya” (Got out) much to the shock of the couple. A few men step out of Pappu’s house just then saying they’ve kept all the new things inside. They put on the chappals outside the door and leave. Pappu’s father, an old man, shouts out, “Pappu remote” and walks to the door, scaring the neighbours who thought him dead. Pappu reminds him that he’s forgotten his pants and he walks away. The couple see the new furniture in the house and the lady admonishes Pappu, saying people sell their old things before they buy new stuff. The film ends with the brand’s message ‘Click-Upload-Sell on Olx.in’.

Amarjit Singh Batra, CEO, Olx India, said, “Olx has established itself as a clear number one marketplace for buying and selling used goods. To build on this premise and to drive repeat usage, the agency was briefed to look at the angle of communication where Olx could be clearly positioned as a place to conveniently sell any used stuff, before people look at buying new stuff.”

He added, “People buy new goods today at the drop of a hat because of the increasing consumerism, plethora of sales, and impulsive shopping. And there are many options to buy new products. But for selling their used or second hand stuff, Olx is the only option and we wanted this to come out in this particular campaign. This campaign is in continuation to our earlier campaigns and is building on to the 'Bech de',  'Ghar baithe kamao' and 'Extra saman matlab extra paisa' propositions. We have been consistent in our communication, except that the 'Selling old, before you buy new' plank has been taken to demonstrate a big reason why people use Olx in their daily lives.”

Shriram Iyer, ECD, Lowe Lintas and Partners, said, “Olx’s brief was that we should find newer reasons, compelling reasons for people to start seeing selling their stuff as a practical thing to do in life. Most people are comfortable buying but not everyone is comfortable selling stuff. So we gave them perfectly logical reasons to sell, and packaged it differently with necessary humour.” 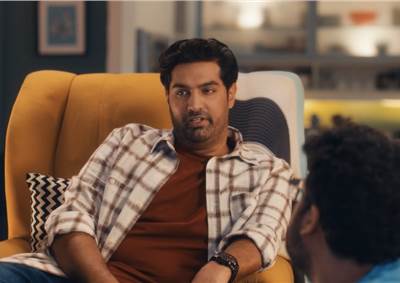 Licious promises to transform a master chef into a #FasterChef

Opinion: The economics of routine