Maggi returns, captures the celebrations it claims to evoke

Maggi noodles from the Nestle India stable has launched a campaign to announce that it is back on customers’ plates. This follows campaigns to underline that it has always been safe to assure buyers, following clearances from the relevant laboratories. The multi-film campaign has been conceptualised by McCann Erickson.
One of the films (above) features a dhaba owner, with several packs of Maggi noodles on display. He calls out to his assistant to switch on the lights and arrange the plates, and breaks into a dance move stating that the glitter is back in the dhaba now, referring to the return of Maggi noodles. As he settles into his seat, a #WelcomeBackMaggi tune takes over the soundtrack. The film signs off with a #WelcomeBack message.
Other films in the series follow a similar format.
One of them features two young men returning home late. As one of them is concerned about food, the other assures him that they’ll manage, stating that ‘Midnight Cooking’ is back, referring to Maggi noodles.
At a girls hostel, some young women have taken over the kitchen and are cooking noodles, to the surprise of the cook.  They explain to him that ‘Hostel main phir jaan aa gayi’ (The ‘life’ is back in the hostel), referring to the brand’s return.
A man says ‘Miss you too baby’ to his life partner on the phone before joining his friends for a ‘bachelor’ celebration at home, with Maggi, in another of the films.
The brand has also launched a #WelcomeBackMAGGI tune, which is available for download here.
Credits
Client: Nestle India
Brand: Maggi (Noodles)
Creative: McCann Erickson 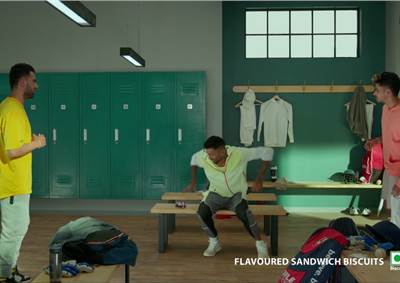