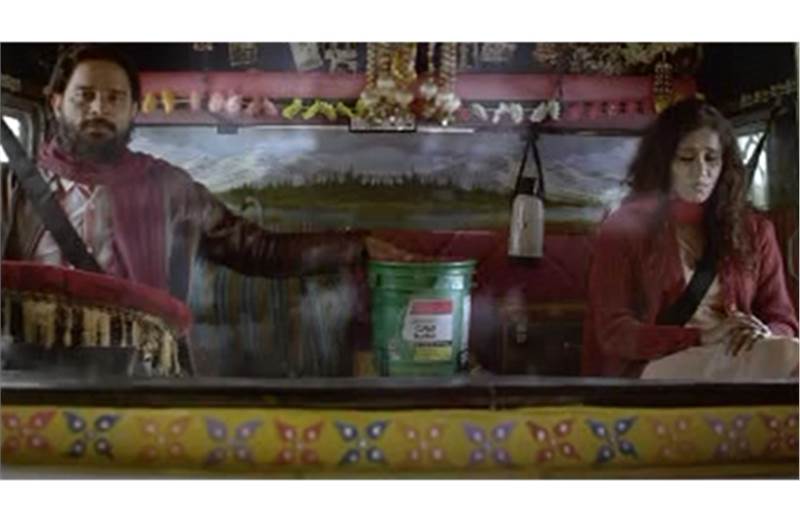 Watch the TVC (story continues below)

The new campaign highlights the product benefit and targets truck drivers and fleet owners. It opens on a couple shown inside a truck and the wife is upset with the truck driver (her husband) for forgetting their wedding anniversary, when he never forgets to put Castrol CRB Turbo engine oil for the truck. It turns out that the husband hadn’t actually forgotten the date as he gifts his wife a pair of earrings for the occasion.  The film ends with the voiceover explaining the benefits of using the engine oil.

Commenting on the campaign, Giriraj Bagri, vice president, marketing, Castrol India Ltd., “The communication task was to fuel the growth momentum on the CRB Turbo brand and further deepen the relationship of consumers with our brand. Research indicates that one of the key emotional drivers of our target audience is care and providing for their family .They value their relationship with their trucks as much as their relationships with their family members.”

On the plot, Giriraj Bagri, said, “The plot of the trucker and his wife having a playful banter in their truck has helped us bring alive this insight and the execution has been very well received by our target audience.”

Explaining the concept behind the campaign, Abhijit Avasthi, national creative director, Ogilvy, said, “In keeping with Ogilvy’s core of emotionally engaging with audiences, we decided to explore a fresh situation. An endearing moment between the trucker and his wife in the context of the engine oil. While typical engine oil ads are all about rational messaging, we played on the nok-jhok between the trucker husband and his wife and wove it into a beautiful slice of life moment.”

The TVC was shot in both Hindi and Tamil. Apart from the TVCs, the campaign also covers outdoor and activation.