How much time really does a Cannes juror get to understand a case or piece of work s/he hasn't come across before? Too little. It's up to us to help them get acquainted with the good work prior.
While we do that through the year, this Riviera season we have decided to go the extra mile to celebrate the contenders.
We present here entries from Indian / South Asian agencies that their creators believe will be in contention for Lions at the 2016 International Festival of Creativity, Cannes.
BBH India has three contenders.
Coverfox – Faster Than Disaster
Category: Film Lions – Campaign

"In life, disasters occur when we least expect them to. The only way to prepare for them, is to prepare for the worst.
"That’s where Coverfox.com comes in. It is an online insurance portal that's simple, quick and easy-to-understand. And allows people to renew or buy car insurance on their phones.
"Each film shows an unexpected revelation between a driver and his passenger. Which causes the driver to lose control of his vehicle. A reminder that disasters can creep up on us at any time."
CRY – Thumbprint
Categories: Design Lions (Posters), Outdoor Lions – Campaign,
Outdoor Lions – Campaign (Art Direction) "Thousands of children in India lack access to education and can’t write their own names. They will grow up to be adults that leave their thumbprint, instead of a signature. It becomes their identity. Their badge of illiteracy.
"CRY America’s aim was to collect donations to give thousands of underprivileged children in India the chance to go to school. Thereby, giving them a chance at a better life.
"To draw attention to the plight of these children, we made the thumbprint the symbol of the problems they face. Problems that arise from their lack of access to education.
"The thumbprint was depicted as a maze, a valley and a forest. With a child shown escaping each. A feat that CRY helps achieve through it’s donation drives."
InFocus M370 – The ‘You-Moticon’ Chat Phone
Category: Film Lions – Campaign

"Most people use emoticons while texting. But everyone seems to interpret them differently.
"Designed for the youth, the key feature of the InFocus M370 is its inbuilt Bobble app that allows users to transform their faces into emoticons, or as we like to call it ‘You-Moticons’.
"Our challenge was to launch the phone in a way that would capture the attention of our young target audience. We did so with digital films that very uniquely demonstrate the disadvantages of using emoticons today.
"The films open with a teenager receiving an emoticon from his friend, and then hilariously trying to decipher what that emoticon could mean. We see him letting his imagination run wild, which in turn leads to a bunch of extremely bizarre and amusing situations."
Wondering what Campaign India's picks are? Watch this space. Send in your contenders to raahil@haymarket.co.in and gokul@haymarket.co.in.
Also read: 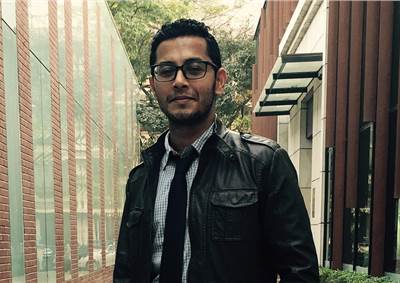