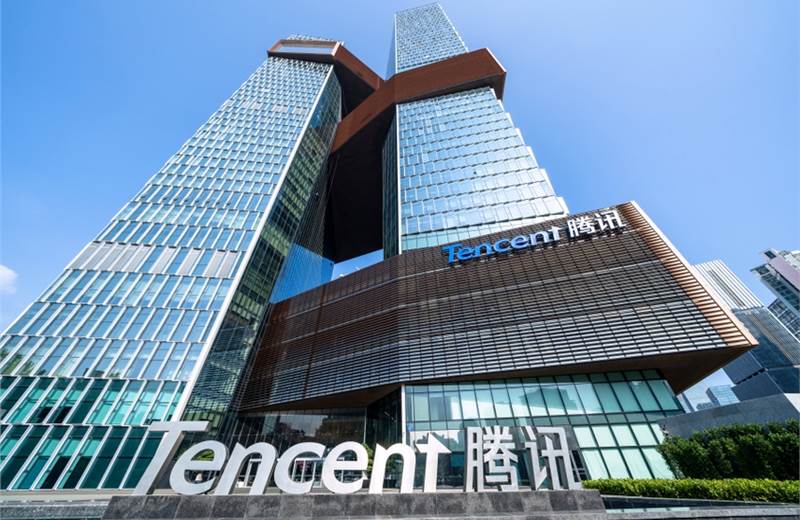 Chinese tech giant Tencent has followed its peer Alibaba in reporting grim quarterly earnings numbers and plans to cut both jobs and marketing spend to pare costs. In addition, the company is reportedly in talks to sell its $24 billion stake in Meituan as it looks to right a business rocked by a slowing domestic economy, covid and tightening regulatory oversight.

"The internet industry in China has really faced significant changes and challenges since early 2021," Martin Lau, president, Alibaba, told analysts on a post-results call. "And as a result, our revenue conditions have become difficult and financial performance was under pressure over the last few quarters." 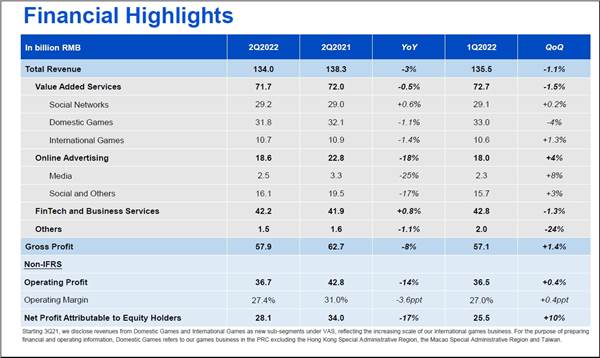 Faced with these challenges, Alibaba is has taken aggressive steps to cut costs. For starters, the company has slashed around 5,000 jobs and will cut marketing spend by 21%. "During the second quarter, we actively exited non-core businesses, tightened our marketing spending, and trimmed operating expenses," Ma Huateng, chairman and CEO of Tencent, said in a media statement. "We will focus on enhancing the efficiency of our businesses and launching new revenue initiatives, including in-feed advertisements in our popular Video Accounts."

On the analyst call, Tencent executives pointed out that the company had taken a series of other steps to trim costs, including cutting some online learning businesses while turning down spend on some cloud computing businesses. "We closed down certain noncore or redundant businesses in areas such as online education, ecommerce and game live streaming," Lau confirmed to analysts. "Second, we rationalised underperforming businesses, including loss-making digital content services and subscale social media products."

The company will have to first right its online ad business, which has become less profitable and is struggling for growth. "Gross margin for online advertising was 40.6%, down 8.2 percentage points year-on-year or up 3.9 percentage points Q-on-Q," CFO John Lo told analysts. "The year-on-year margin decrease reflected higher operating costs, in particular, cost associated with video account, staff force as well as the fact that full exemption from cultural construction fee no longer available this year."

Tencent's challenges in the past quarter were visible across its business segments. For example, in gaming, the company battled growing regulatory headwinds and waning consumer interest that saw both its domestic and international businesses suffer a 1% decline in revenue. Lau contended it was a "a digestion year for different reasons, both for domestic and international games." The firm would focus on "deepening our engagement with users ... (and) focus on developing our capabilities, especially in the international markets," he added.

Other businesses struggled for traction too. Its fintech and business services unit, which houses its payments business Wechat Pay and its cloud computing offering, inched ahead 3% year-on-year, but declined sequentially. A resurgence in Covid cases also slowed commercial payment activities during the second quarter of 2022 to low-single-digit year-on-year growth in April 2022, but resumed to high-teens year-on-year growth in June 2022.

In such a rough period, there were few greenshoots for Tencent to grasp onto. One of them was its in-feed advertising business, which reported significant growth in the past quarter. The company introduced this in-feed advertising offering for Weixin Moments in July 2022. "Based on the data that we've seen so far ...  I'd say that we're quite optimistic that the eCPMs will achieve for our Video Accounts ads should be at least par with the eCPM of the leading short video platform in China today," Lau noted.