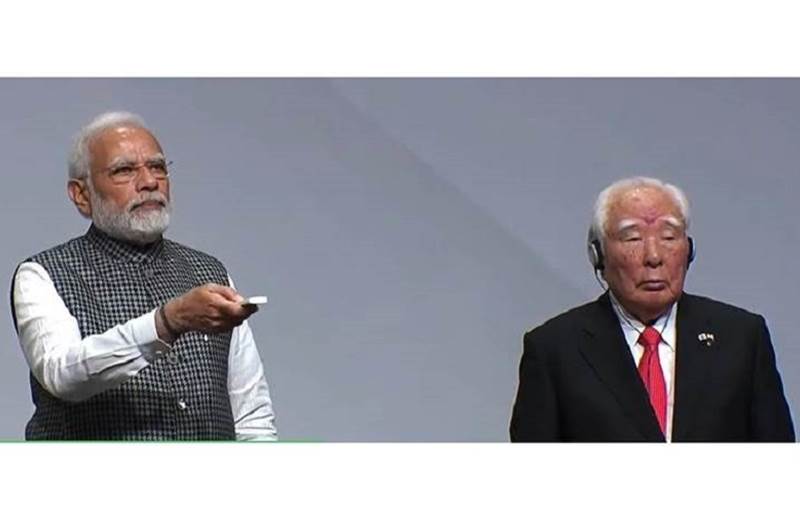 While laying the foundation stone for Suzuki Motor Corporation’s twin facilities – battery manufacturing facility at Hansalpur and a vehicle manufacturing facility in Kharkhoda, Haryana, Prime Minister Narendra Modi lauded the efforts made by the Suzuki Group to bring about India’s transition to EVs as a ‘silent revolution’.
Commenting on Suzuki’s role in contributing to the growth of Indian automobile Industry PM Modi said: “It has now been 40 years since Suzuki Motor Corporation, Japan began its India operations. I am happy to say that Gujarat has kept its promise for Suzuki.”
“Even when I was the CM of Gujarat, I always said I want to create a mini-Japan in Gujarat and I want the people of Gujarat to feel like they are in Japan,” added PM Modi.
PM Modi further said that the states of Haryana and Gujarat are contributing towards the ‘Make in India’ initiative greatly and Maruti Suzuki's success in India is also an emblem between the great relations between India and Japan.
President of Suzuki Motor Corp Toshihiro Suzuki speaking at the event in Gandhinagar said that Japan's Suzuki Motor Corporation will set up a new global research and development company in India. The new company will be wholly owned by Suzuki Japan and would help Suzuki strengthen its R&D competitiveness and capabilities not only for India but also for global markets, Suzuki said.
"India has become one of the most important countries for the Suzuki Group," Suzuki said, adding that it would continue to invest in India aggressively.
Suzuki Group says it also will strengthen ties with Indian academic institutes and start-ups to develop diverse human resources, Toshihiro Suzuki said.
For Suzuki, India is one of the biggest markets in terms of revenues and profit and one where it has so far invested 650 billion rupees ($8.13 billion) to support Maruti and ensure it maintains its leadership position. Suzuki started producing cars in Gujarat in 2017 for Maruti and for export to countries including Latin America and Africa.
“India has become one of the most important countries for the Suzuki Group. In the last fiscal, Suzuki Group produced about 28 lakh automobiles all over the world. Out of those, more than 16 lakh units, or about 60 percent, were produced in India.  Also, exports from India reached a highest ever record of about 2.4 lakh units last year. Today, India plays a significant role as a global automobile production hub in the Suzuki Group,” added Suzuki.
Lauding the efforts made by PM Modi, Toshihiro Suzuki said: “In particular, after Mr Modi has taken office as Prime Minister, we have inaugurated a new automobile manufacturing plant. Suzuki Motor Gujarat, which is in full operation of seven-point five lakh units production capacity per annum. Just last week, cumulative production of this plant exceeded 20 lakh units.
“We have also started commercial production and export of lithium-ion battery cells in Gujarat. We are now preparing the production of EVs and EV batteries in Gujarat with a total investment of over Rs 10,000 crore.”
The inauguration of Suzuki’s BEV plant concludes the MOU signed by Suzuki Motor Corporation with the state of Gujarat at the Indo-Japan Economic Summit Held in March in Delhi in which Suzuki committed to invest approx 150bn yen (approximately Rs 104.5 billion) for local manufacturing of electric vehicles and BEV batteries.

(This article first appeared on Autocarpro.in)

Battle of the Brands: Maruti Suzuki vs Hyundai 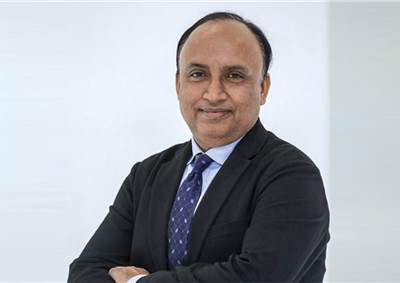 We can’t depend completely on Government subsidies in the EV space: Shashank Sriv... 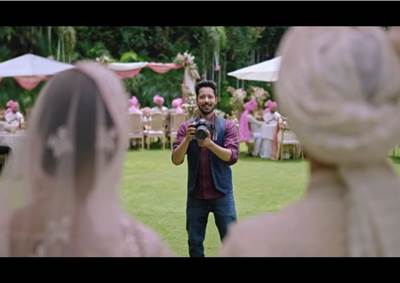 Maruti Suzuki India gives more than it gets