"Do famous work that will benefit the brand"

Ogilvy & Mather's national creative director Abhijit Avasthi talks to Campaign India about his career, his love for O&M and for advertising. 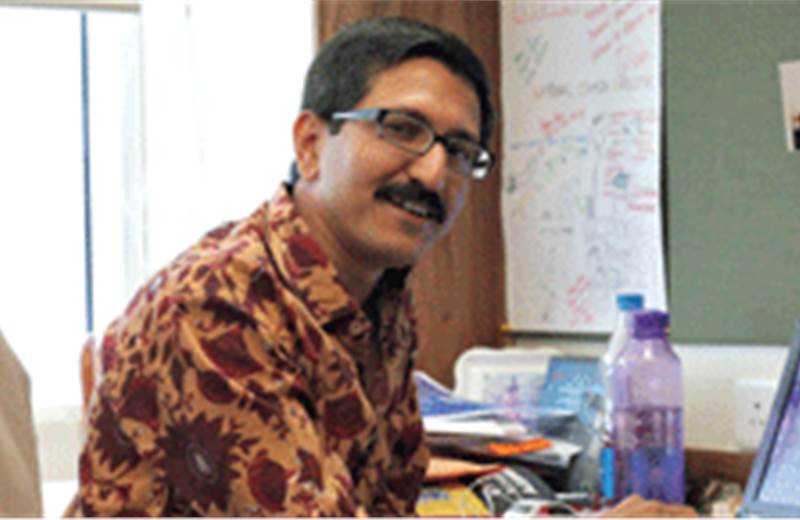 Ogilvy & Mather's national creative director Abhijit Avasthi talks to Campaign India about his career, his love for O&M and for advertising.

Totally by default and destiny. I’m a metallurgical engineer by education from Benaras Hindu University [1993]. After that, I worked in all kinds of odd jobs: with my father who used to make dyes for printing and textiles, and I also used to trade in sarees. So I used to do all kinds of things, and was doing miserably in all of them. I came to Mumbai, not knowing what to do. A few people who knew me said, "I think you should give advertising a shot, because you have an interesting way of looking at things." Someone advised me to try Enterprise Nexus because that’s a good place to learn under Mohammed Khan. I’d never written anything in my life (except letters) before I took that copy test. He liked what I wrote and that’s where it started. I was at Enterprise Nexus from April ’97-June ’99. Then I joined Ogilvy on July 7, 1999.

11 years at Ogilvy. What’s kept you here so long?

I genuinely believe that this place, because of its culture that has been largely created by Piyush [Pandey] over so many years, is the most conducive for a creative person. Everyone’s encouraged to be creative – even our film peon cracks scripts. I always got opportunities over here, a lot of my ideas saw the light of day, and I’ve made great friends, so that’s enough reason not to leave.

What do you still love about advertising?

I joined first to figure out whether I will like radio, writing or TV more and then I’ll figure out what I want to do. But what I realised is the fact that you get the chance to think on pretty much any medium. This kind of canvas to use your imagination can’t be
provided by any other profession in the world. For me, advertising is a meeting point for lots of interesting things in life.

Has the process of coming up with an idea become more streamlined over the years?

To crack a less miserable idea takes less time. But to come up with a gem that will give you that joy and kick, the uncertainty of that still remains.

Which international agency’s work do you look up to?

Wieden and Kennedy – whether it’s stuff they’ve built from scratch like Nike or brands that they’ve rejuvenated like a Honda. When I see a lot of their work, I get a sense of sincerity. A lot of agencies are in it for the "Let me create something and get famous" or "Let me make the client happy [feeling]". The
sincerity towards really making a brand work over the long term isn’t there.

So what do you believe in – getting famous or client happiness?

What’s the difference you see in the new crop of kids coming in?

The younger generation is far more confident – it’s pretty much India’s first generation that’s grown up on the internet. Sometimes, and this could be to their detriment at times, they come in as advertising-savvy, which may not be the best thing. I keep telling a whole lot of kids, especially those who are in a hurry to get into advertising at 20-21 years, that if you’re really passionate about this, it’s not a bad idea to come back a little later – go see what life is about.

Where do you see Indian advertising headed?

Increasingly, it’s becoming evident to clients and agencies that anything is possible when it comes to advertising. Because of the way our country is – our cultural activities or the way people communicate – all of it can become a vehicle for brand ideas to travel. You’ll see a lot of technology creep in. A lot of regionalisation will also happen – you might not see it in mass media and TV, but it might happen at an activation/promotion level.

Centerfresh ‘Small Talk’ (2009) ’The client wanted a CSR idea but in the irreverent tone and manner of the brand.’

Fevicol ‘Bus’ (2001) ’This idea did not come out of any brief but was first done as a proactive print ad for the client. So for those who crib & carp… proactivity can be good!!’

Adidas ‘Pure Cricket – Bowler & Fielder’ (2010) ‘All we had was a set of words and a vague idea of the visual imagery…and the client said let’s play.’

Max New York Life ‘Train’ (2009) ‘Heavily borrowed from my mother’s set of instructions to me when I used to leave for my hostel.’

Asian Paints ‘Badhiya Hai’ (2002) ’Sometimes you get spectacularly lucky…I think it came out within 10 seconds of getting briefed.’

Motorola ‘Motoflip-Kuch toh log kahenge’ (2007) ’How to do a cheap phone ad without saying it’s cheap?’

Anchor ‘Cake’ (2010) ‘It’s always fun to do something interesting in a category that typically does mundane stuff.’ 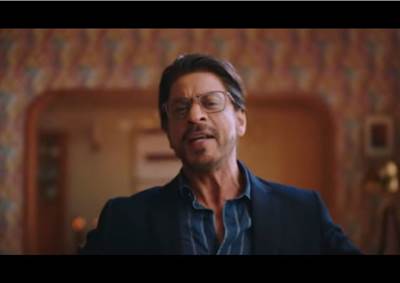 Byju's and Shahrukh Khan showcase how two is better than one